Tamahunga Trappers is heading ever closer to its kiwi translocation happening on 5/6 March. Finally, we are able to go ahead with the public Open Day on 6 February at the Matakana Village Hall, from 1.00pm to 4.00pm.

Translocation partners and stakeholders with their displays, will be helping us inform the public about the whys and hows of translocations, and the pest control being done in the area. Local dog owners can find out about the kiwi aversion training available free for their dogs. The first session will be on 27 February.

"We’re very pleased to have TFBT’s support with this exciting project, which has taken over ten years to get to this point. We’re counting the sleeps….!" 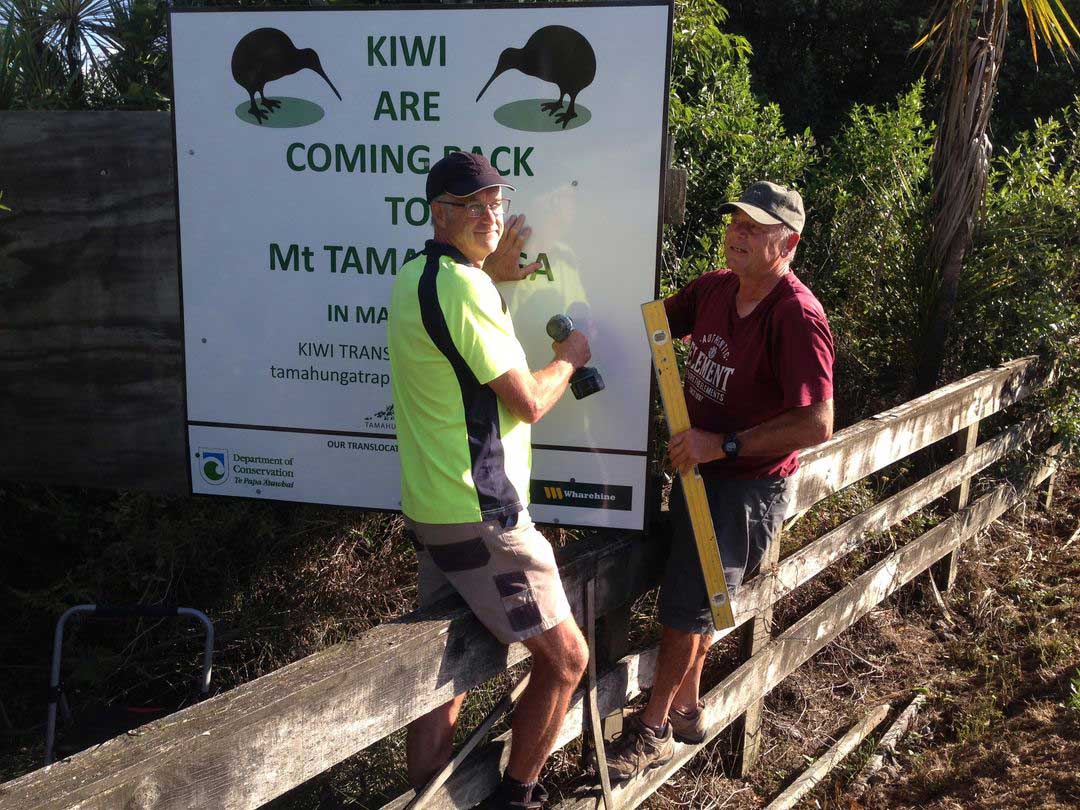 Two of the Trappers putting up a roadside sign near Matakana

Because there is such great alignment between the aims of the Tamahunga Trappers and the TFBT vision and aims, our two organisations have more formally consolidated our relationship in a jointly agreed and signed Memorandum of Understanding.

It records the arrangements between the two organisations, including the TFBT support for the kiwi translocation, and the ongoing TFBT and TT collaboration on predator control and related activities. It formalises this win-win approach in a way that is clear and transparent and facilitates long-term planning for both of us.